Women Coaching in sports is a hidden topic and not one that always is easy to answer. Mary Boutilier and Lucinda San Giovanni, researchers in this area said:

However, women and sport seem not to be that related. “Woman. Sport. These two words rest curiously next to each other like unrelated, detached strangers”

This is the question I have been asking myself today. I have a meeting later and I have been brainstorming my ideas.

I started with this website and found some really interesting reasons.

Firstly though: what does a female coach look like?

Secondly: did you have a role model female coach that you could aspire to?

Thirdly: can you name any famous female coaches?

I found that my answers were: “she’s a bit butch, she’s always in sports clothes, she’s not got children herself”. Gosh! What a sexist and stereotypical view I have! I am appalled at myself!

But maybe that is because I grew up with P.E teachers who were a bit like that. Although I hasten to add that they all had children after I left school and are terribly nice people! My role models were always in sports kit and I only ever had male coaches when I played sports outside of school or university.

I can not think of a single female coach at the top level. Even the England women’s football team is coached by a man. *Googled it* Here you go – I can’t even find a link to famous British Women Sports Coaches, only influential sports people. There are pages about American Women Coaches but I am afraid that basketball and AFL are way beyond me!

Ahhhhh, there I go again!

I am diminishing my abilities and my knowledge on subjects because they are seen as more masculine. You know I coach RUGBY right?

So let’s talk about the reasons why women don’t coach. I’ve already talked about a few of them:

How do you describe a female coach? What does she look like? Where are we seeing our experts shine?

Why are women seen as being in support roles? We are often “Team Mum” or asked to bake the cakes for the tournaments. No one is asking us to lead the teams. Women are asked by Sports Clubs to be organisers, not leaders.

Women find it harder to prove themselves in these roles. This is me trying to talk to parents and kids about my expectations for the coming season.

Women are motivated by building social networks or supporting their children

The research shows that men are interested in the sport and see its as a perk of the sport to volunteer. Women want career development, social networks and to support their children.

I completely got into coaching for my children. Throughmy love of my sport, I wanted them to be able to share it with my boys. I wanted personal growth and development through coaching them. I wanted to build my friend network when we first moved to Germany. It was NOT for rugby’s sake. I started coaching for my kids. It could have been any sport.

This realisation was jaw dropping for me. I was exactly what the research was showing.

We are time poor so need coaching to fit around our lives. We need child friendly meeting times, family friendly opportunities and lots of social interactions so we can feel the added value.

I often get children asking me for a ride home or asking me to collect their kit as they have forgotten something. I know they wouldn’t ask their male coaches!

We use language and images to describe coaches and sports. They are often more masculine. International School of Düsseldorf commissioned a survey from the coaches and the children on what makes a good coach:

None of these phrases contained more typically feminine language such as caring, kindness, safe, thoughtful, or patient.

This language of course filters to our girls as well as our female community. It says – your skills aren’t welcome. We want our sports people to be male and “manly”.

So as I head to my meeting I will asking what we can do to make it easier for women to coach within my sports club. I will keep you updated on what happens! 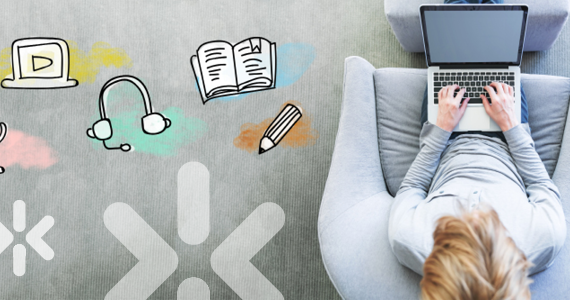 If you are further away or you love a zoom workshop, then try the online training to boost your … END_OF_DOCUMENT_TOKEN_TO_BE_REPLACED

Katy is also available to coach in person in the UK. Her base in the UK is:
2 Newstead Way
Loughborough
Leicestershire
LE11 2UA
Please get in touch to find out more.